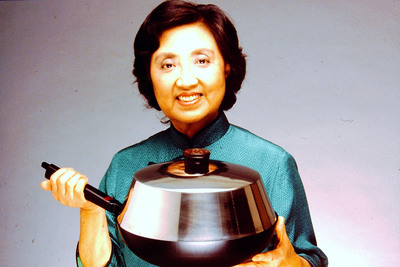 On Wednesday, October 29, 2014, Mayor David P. Maher, of Cambridge, MA, will hold a reception in his office to honor Joyce Chen, who was a long-time resident of Cambridge, and local cultural icon. According the mayor's statement, "Join us to celebrate (Joyce Chen) lifetime of achievements and commemorate the release of the Celebrity Chef stamp series."

This event was publicized in an October 22, 2014 article,"Cambridge's Joyce Chen honored with Forever stamp as pioneer in Chinese cuisine," by Sara Feijo, published in the Cambridge Chronicle and Tab.

This reception is one of many honors bestowed on Joyce Chen. She was recently featured in the U.S. Postal Service's Celebrity Chen Forever stamp series.