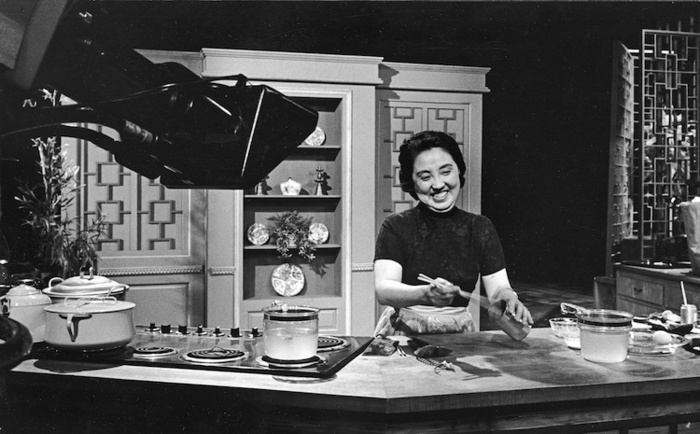 Born on September 15, 1917, the 100th anniversary of what would have been Joyce Chen's 100th birthday is fast approaching.
Her second home, Cambridge MA, has celebrated her birthday with "The Festival of Dumplings," in 2012 and 2013. Organized by the Central Square Business Association, a number of area restaurants have participated in a street festival. They have offered their twist on Peking Raviolis, a name coined by Joyce Chen to help familiarize Americans with the traditional potstickers. The Askard, an Irish restaurant, make dumplings with corned beef. Theolonius Monkfish, which offers sushi and Asian fushion, came up with their own unique twist.

Seven diverse restaurants in Cambridge’s Central Square – from Asian to Indian to Irish to Middle Eastern – joined together on Sept. 15, to celebrate what would have been the 95th birthday of Joyce Chen, a food pioneer who introduced the dumpling to Cambridge in 1958.

This first annual dumpling fest, “Sometimes a Peking Ravioli is More Than a Dumpling” was the brainchild of Jamme Chantler, owner of the jazz-filled Asian fusion/sushi restaurant, Theolonious Monkfish and Robin Lapidus, Executive Director of the Central Square Business Association. Lapidus and Chantler organized the event by joining with seven other Cambridge restaurants: All Asia, Dosa Factory, Moksa, Pu Pu Hotpot, The Asgard and Zuzu’s.

“Cambridge has had two mothers of cuisine, Joyce Chen and Julia Child! I’d never have been able to open my restaurant were it not for Joyce Chen. Before her, Chinese food in this area was Chop Suey and fortune cookies," Chantler said. “Joyce Chen deserves enduring praise and recognition.”

Born in Shanghai in 1917, Chen was well-known for the Mandarin food she served in her Cambridge restaurant, her PBS program, Joyce Chen Cooks, and her cookbook, The Joyce Chen Cookbook. Chen, who coined the phrase, Peking ravioli, was also known for her Peking Duck, Moo Shu Pork, and Hot and Sour Soup. Students and well-known customers, such as John Kenneth Galbraith, James Beard, Julia and Paul Child, and Henry Kissinger, frequented her popular Cambridge restaurant.

During the dumpling festival, crowds gathered on the sidewalks in front of these restaurants for $1 dumplings, and a raffle for the “Central Square Peking Ravioli Gift Certificate.” Each of the seven restaurants created dumplings that represented their type of cuisine. For example, the Irish restaurant Asgard offered dumplings made of corned beef and cabbage. Theolonious Monkfish made traditional Mandarin pot stickers with shrimp and vegetables.