NPR BLOG POSTING, "IN THE WORLD OF CHEFS,
ASIAN WOMAN ARE TURNING UP THE HEAT" 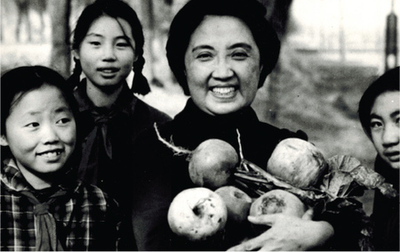 Jean Ho's October 15, 2014 article, "In the World of Chefs, Asian Woman are Turning Up the Heat," makes a strong case that unlike Joyce Chen, some Asian woman are not getting the respect they deserve. Ho states, "... there's a glaring absence in this most recent celebration of Asian-American chefs: women. Chinese-American restaurateur Joyce Chen was one of five trailblazing chefs commemorated by a limited edition set of USPS Forever stamps this year, but top honors awarded to contemporary Asian-American female chefs such as Cara Stadler and Anita Lo seem few and far between, perhaps symptomatic of a broader gender bias in the industry."

Nakayama said, "I go home every day, I smell like food — the last thing I feel is glamorous and cool. But I think people enjoy seeing that — chefs that put out a rock-star persona," Nakayama says. And with a small laugh, she adds, "For me, being an Asian woman, it's just a little hard to go there."

The article features this photo of Joyce Chen, courtesy of the Joyce Chen family.