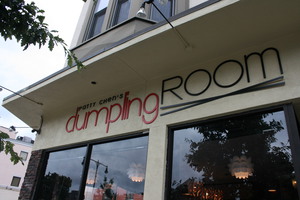 In honor of local legend Joyce Chen, the third annual Festival of Dumplings will be held in Central Square, Cambridge, this Sunday, September 28, 2014, from noon to 3pm. Joyce Chen, who in 1958 opened the first of her four popular restaurants in Cambridge, is credited with introducing dumplings to the American palate, as well as coining the name, Peking Ravioli.

Several Cambridge area restaurants will feature unique dumplings for $1 each. There might be corned beef and cabbage in a dumpling, or kebab in a dumpling? It's guaranteed to be a tasty and fun gathering.

As of now, the following restaurants are participating in the Festival of Dumplings:

Robin Lapidus, executive director of the Central Square Business Association, was quoted today in the Boston Herald saying, "The festival celebrates “the dumplings, the genius of Joyce Chen and the community she inspired."