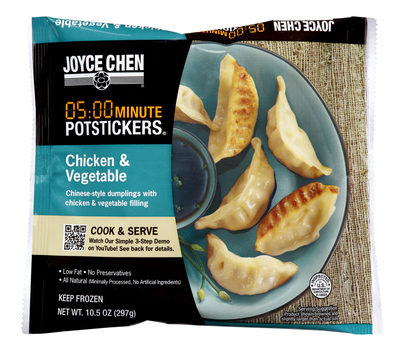 Devra First, restaurant critic and food writer for the Boston Globe, surveyed dumplings offered at Boston area restaurants in her November 11, 2014 article, “Wrapper’s delight – A dumpling journey around Boston, and the world.” She said, “Dumplings are a universal language. Nearly every culture has a variation on the theme, from Afghan aushak to Japanese gyoza, Jewish kreplach, Korean mandu, and Vietnamese banh bot loc.”

In Chinatown, she reviewed delicate soup dumplings (xiao long bao) from the Gourmet Dumpling House and the Dumpling Café. At the Winsor Dim Sum Café, First described dumplings served as part of dim sum, which are, “Stuffed with shrimp and chives or pork and peanuts, in wrappers made from rice or wheat, steamed or fried, shaped like half-moons or pleated rounds, they are all delicious.”

Joyce Chen’s introduction of dumplings starting in 1958 at her Cambridge restaurants is part of this story too. Chen’s Peking ravs are now a mainstay item in Chinese restaurants across the U.S.